Inmarsat has released new firmware for both IsatPhone 2 and IsatPhone Pro and are available for download from Inmarsat's support section:

Support and Downloads for IsatPhone Pro

Support and Downloads for IsatPhone 2

The firmware for IsatPhone Pro (version 5.8.0) supersedes the previous update from July 2014. For anyone using 5.3.0 or higher this is a recommended upgrade. This means that the firmware is important but not critical for use with the GSPS service, including the network and the handset itself.

But if your IsatPhone Pro is using version 5.3.0 or earlier this firmware is considered mandatory in order to avoid the phone becoming non-operational.

The firmware for IsatPhone 2 (01.05.00) supersedes the previous update from October 2014. This is a recommended firmware update which means that the firmware is important but not critical to the continued functioning of the phone or service. 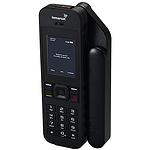 The first alternative that comes to mind is the IsatPhone 2. This is the natural successor to the IsatPhone Pro and works very similarly. If you are looking for voice connectivity with relatively good airtime rates, this is a good option.

Second would be an Iridium handheld satellite phone like the Iridium 9555 or Iridium Extreme. If you don't mind a bit more peripheral setup, you could go with the Iridium GO! Iridium airtime tends to be a bit more expensive than Inmarsat IsatPhone airtime, but not exponentially so. Iridium also has worldwide coverage, so you don't run into some of the signal issues Inmarsat users have in the far north and south. 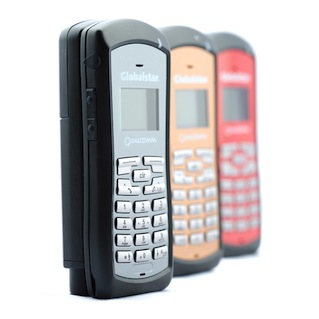 Third is a Globalstar handheld like the GSP-1700. This is the least-expensive handheld satellite phone option on the market (currently at less than $500) and Globalstar airtime is very inexpensive.