The Most Reliable Satellite Phones fo...

Connect in more places with the Halo ... 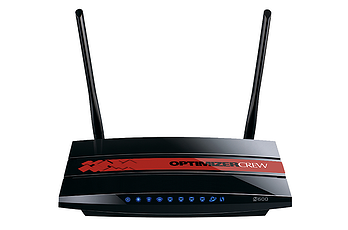 "Satellite and GSM airtime costs can add up quickly if a network is left unoptimized. Network managers need to protect themselves against runaway usage, while getting the most out of their valuable satellite airtime. Optimizer Crew does exactly that," said Dr. Luis Soltero, CTO of RedPort Global. "Until now, routers with these features were too expensive or not designed for satellite installations. Optimizer Crew provides everything you need to manage your network and control costs, at a price anyone can afford."

Optimizer Crew provides unlimited firewall, filtering, routing, PIN-code and local GPS repeating. It also works with RedPort Mail service for premium access to accelerated email and web compression service, as well as GPS tracking via RedPort tracking or any GsatTrack-based service. Optimizer Crew users can also access GSM service via an optional GSM modem and their own SIM card. This allows users access to GSM service in areas where it is available at a lower cost than satellite, for example while a marine vessel is in port in its home country. 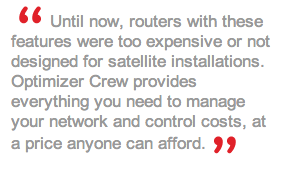 GSM Connectivity
Customers control GSM by selecting the country and provider for their SIM, allowing access to GSM as needed, while avoiding GSM when roaming in areas where it is more expensive than satellite.

Firewall
A powerful firewall accommodates virtually any common installation scenario, with features including block or allow any range of port, IP addresses and protocols.

Optimizer Crew runs RedPort Mail, a multi-user version of XGate, the world’s most widely-used independent satellite data optimization service. RedPort Mail works as a full POP and SMTP server to provide complete email integration. It also allows for simple webmail access on a local network, making access quick and easy, and providing for a complete onboard email system, as well other services:

For more information on how RedPort Global is Making Airtime Count™ – whether ship to shore, or in remote or emergency communications environments visit http://www.redportglobal.com.

How To Use Iridium GO! and Microsoft Windows Together Nov 13, 2015
It's time to update your Thuraya Satsleeve+ and SatSleeve Hotspot Jan 15, 2021
Satellite Elections Results Reporting with Pivotel and Inmarsat BGAN Apr 21, 2021

Iridium SIMs for Use in Russia Need To Be Registered