This is going to be great news for a lot of people - prices have come down significantly on most of the plans.

It’s bad news for low-end plans, because prices have gone up slightly for data for people using the 0/0 value plans (although the monthly access rate of $39 for 32kbps hasn’t changed).

If you have a contract that was put in place prior to December 1st, 2013, your airtime rates will not change until the end of that contract period.

So we know the new plans are great for higher-end plans (high data usage) and not so great for lower-end plans, but here’s the real kicker: when you add up all the possible combinations for airtime there are a whopping...78 possibilities.

78 different options means you can find the right plan for your situation, especially since half of the new options were specifically designed for seasonal cruisers (hey! No more 12-month commitments if you don’t need one!)

But 78 different options means things just got complicated. Complicated as only satellite airtime can be.

We’re here to break it down, make it accessible, make it understandable, and help you figure out which plan is best for you.

(Want to learn more about real-life Iridium Pilot usage cases, how much money you would spend or save with satellite broadband, and comparisons between marine satellite broadband units? Check out the free guide to Affordable Marine Satellite Broadband).

What follows here is a very in-depth breakdown of all the different options. We think it would be helpful to peruse them but we'll just cut to the chase in case you don't want to read a whole bunch of nitty gritty details: Combo Plans are generally the best option for most situations.

Okay, now that you know how we feel about things, go ahead and peruse the nitty gritty details of Iridium OpenPort airtime pricing to your heart's content. Seasonal or Long-Term: You Choose

For the first time, Iridium OpenPort broadband airtime for the Iridium Pilot has the option for a 3-month commitment instead of a mandatory 12-month commitment. Great news! Now seasonal cruisers don't have to pay a monthly fee for the rest of the year when they're not on their boat.

For the three-month commitment, you pay the monthly fees for 3-months in a bundle up front, and then get billed for the data and voice that you use. For example, if you go with a Value Plan at 64kbps, you pay a flat fee of $151.90 up front. At the end of each month, you'll get a bill for only the data or voice that you used the month before.

The thing with the 3-month commitment, however, is that once you decide on one and activate the commitment, you can't change it.

The 12-month commitment is excellent because it locks in lower monthly rates and assures you that you can keep your current airtime rate for 12 months even if the rates go up in the meantime.

All of the new Iridium OpenPort satellite broadband airtime plans come in 3-month and 12-month commitments. We’ve listed the pricing for 12-month below. To see the full list of options for 3-month plans, please feel free to take a look at all of the options (including the quarterly plans) here.

We can walk you through this and help you find a good plan for your exact situation. Feel free to give us a call at +1-877-379-8723 or get a free satellite communications consultation via email. The first (and, in our opinion, best) option for Iridium Pilot airtime are combo plans. These work differently than the rest. First off, you only get one speed: 128kbps (the max speed of the Iridium Pilot). Secondly, Combo Plans combine voice and data into a single "allowance" that you deduct your usage from.

So let’s say you go for Combo Plan A. This plan costs $69 a month. Now it’s up to you to decide how to use that - want to use the whole thing for data? No problem. You would get about 5Mb of data before starting to pay overage. Want to talk the entire month and not use any data? You can do that too. Voice is deducted at $0.81 a minute until you reach $69. Then it goes up to $0.83 a minute for overage.

The way combo plans are set up, you pay a monthly fee up front and then deduct your usage from that amount. If you go over that amount, overage is still really reasonable.

Who Benefits the Most from the Combo Plans?

Combo Plans are the perfect way to combine both voice and data on the Iridium Pilot into one easy bill at the end of the month. Combo Plans offer the most flexibility on a month-to-month basis to fit whichever situation you happen to be in that month. Another nice feature about the Combo Plans is that satellite-to-satellite calls can be deducted from the monthly allowance. Although they will still be incredibly expensive (currently in the realm of about $9 a minute), you can deduct those minutes from your monthly allowance. 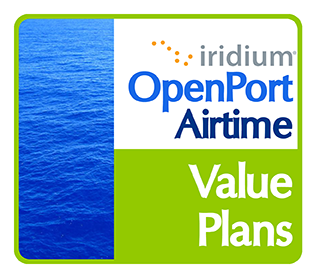 The value plans work like this: you pay a flat monthly fee to simply open service to your Iridium Pilot. Everything you do on the Pilot (like doing email, downloading GRIB files, web-browsing, making phone calls, etc) gets billed to you at the end of the month.

Data is charged by the MB. Per MB cost is:

Who Benefits the Most from the Value Plans?

Value plans are great for people primarily using their Iridium Pilots to do email, weather, and voice. Because doing email and data over the Iridium Pilot is so incredibly inexpensive (pennies per email or less), the monthly bill you would receive with your month’s usage would be very, very low. 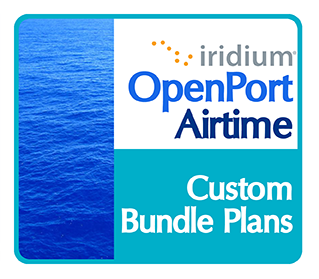 The third and final option for Iridium OpenPort airtime pricing are the custom bundle plans. These plans have higher monthly fees, but include data in bundles at lower per-MB rates than with the Value Plans. Take, for example, the 10MB plan. With this plan, you pay $99 a month (for 32kbps) but you get 10MB included in that. If you go over your 10MB, the per-MB overage charge is less expensive than for the value plans. All plans bill any “overage” (data or voice used beyond what comes bundled with the plan) at the end of the month.

All postpaid voice rates for Custom Plans are $0.95 per minute.

Who Benefits the Most from the Custom Plans?

Custom plans offer great flexibility for a variety of different situations. Are you a captain of a shipping vessel and do a regular, smallish amount of data each month? Maybe the 25MB plan would work great for you. Are you running a business on your boat and need constant always-on internet access? Maybe a higher plan like the 1,000Mb plan would be good for you. Custom Plans offer lower data rates than just the value plans, while still providing reasonable overage rates if you happen to go over your data one month.

How to Choose the Best Iridium Pilot Satellite Airtime Plan?

There are a lot of factors to keep in mind with airtime. How long will you be out on the water? Is it a short period? Probably a good idea to stick with a 3-month commitment. Will you be doing just basic email, weather, and voice? You'll probably get the most use out of the $39 per month Value Plan.

Plan on web-browsing a bit or perhaps having different people use the Iridium Pilot at the same time? You would probably be well served with either a mid-range Custom Plan (say, 25Mb) or a Combo Plan like combo plans B or C.

We're here for you. Give us a call at +1-865-379-8723 and we can walk you through the different options and figure out which plan is best for your individual needs. You can also get a free satellite communications consultation via email. Whichever works best for you. 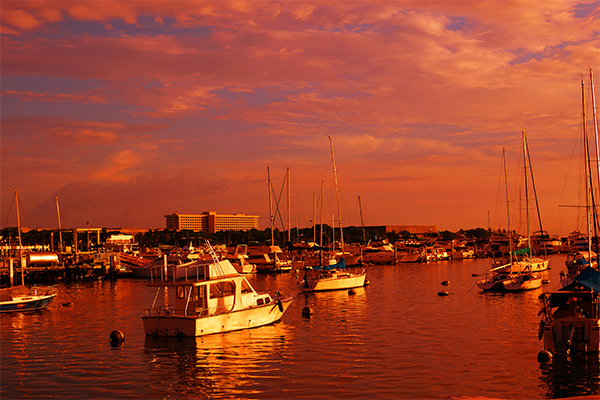